The Southern Ute Cultural Center and Museum announces the opening of Inside Out 2.0: Native American Artists in the 21st Century, which showcases local Native artists and their work, with pieces from their personal collections.

Native art today reflects a full range of contemporary and traditional techniques, topics and media. Native artists are a vital part of the contemporary art community and defy stereotypes about genocide by affirming identity through material and design. Their art symbolizes both personal and cultural meaning and supports resistance, survival and sovereignty.

Featured artists in Inside Out 2.0: Native American Artists in the 21st Century are:

• Oreland C. Joe Sr. was born in Shiprock, N.M., where he grew up on both the Navajo and Southern Ute reservations. His art is influenced by his roots in the Four Corners area of the U.S. Southwest combined with classical influences he gained while studying in France, Italy and Japan. Joe works in a variety of media and is world-renowned for his stone and bronze sculpture.

• Hyrum Joe was born on the Navajo Reservation in Shiprock, N.M., where he grew up in a home rich in Navajo language and culture. He became an artist after taking life-drawing classes at Mesa Community College in Mesa, Ariz., and is now recognized for his unique style of portraiture. Joe exhibits regularly and has won awards, including first place in the painting’s category at the 2019 Santa Fe Indian Market.

• Norman Lansing, a Ute Mountain Ute, who was born in Towaoc, Colo. Lansing works in all media and is best known for his sgraffito etchings on ceramic vases. He is also known for his acrylic paintings and pen and ink drawings. His art often explores the “relationship between man, animal, earth and the spirits of all living entities” that are all needed to form a balanced universe.

• Edward Burch Box, III, a Southern Ute Tribal member, learned traditional Ute culture from his family, especially his grandfather, Edward B. Box Sr. He practices traditional arts including beading, sewing and crafting; his beadwork has won awards locally and nationally. Box’s creativity sparks through his beadwork and sewing which he does to represent traditional Ute ways.

• Lindsay J. Box is an enrolled member of the Southern Ute Indian Tribe and is also descended from the Ute Mountain Ute. Box upholds Ute traditions by doing beadwork, sewing, photography and videography. She is inspired by her culture and family and prefers to work using more traditional techniques and practices, such as working only when feeling good and incorporating prayer into her work.

• Elise Redd, an advocate for cultural arts and crafts, she is the daughter of Bonnie La Zelle Redd (Omaha) and Albert Gunn Redd (Southern Ute). She gained her love of art from her grandmother, mother and aunt who made traditional clothing and beadwork, and her father who was an accomplished oil painter. In her own work, Redd often uses bright colors, batiks fabrics and crystals. She enjoys teaching and is the mentor of Rhianna Carel, also exhibiting in Inside Out 2.0.

• Rhianna Carel is 16 years old, a member of the Southern Ute Indian Tribe and a rising senior at Ignacio Senior High School. Carel’s parents are Marie Joy and Vern Carel and she has a younger sister. Carel has been beading for more than a year now and she has been inspired by designing her own earrings.

“On behalf of the Southern Ute Indian Tribal Council, I would like to invite you to the reopening of Inside Out 2.0: Native American Artists in the 21st Century. The exhibit features acclaimed enrolled Southern Ute tribal members who utilize their talent and skill to carry on the traditions of our Ute people,” shared Chairman Melvin J. Baker. 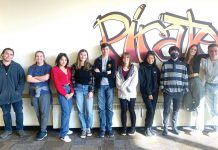 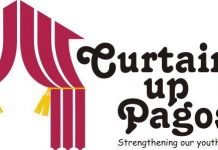 Tickets on sale for Durango pop-up performance with Carter Sampson

Music from the silence of his own soul