As area kids, teachers and staff head back to school or prepare to soon, San Juan Basin Public Health continues to recommend that everyone in school settings be masked to help protect against COVID-19, among other safety measures.

“I think everybody’s just … tryin’ to kind of figure out … what the right thing to do is,” said Brian Devine, SJBPH environmental director and deputy incident commander for the agency’s COVID-19 response. “Our advisory, of course, not only advises that people wear masks, but advises that schools, along with other kinds of indoor establishments, require masks for entry.”

That recommendation, Devine explained, has been made to the schools, with the Centers for Disease Control and Prevention (CDC) also recommending that everyone in schools be masked.

“And that’s obviously because that’s where we have the lowest vaccination rate, is in that school setting where we have lots of people who aren’t even eligible to get vaccinated yet,” he said.

He added that SJBPH will continue to recommend masking directly to the area school districts as well as through its written advisory.

Devine noted that Archuleta School District’s announced intention to not requiring masks is not consistent with that portion of its advisory.

“We’re continuing communication to our school districts and our independent schools around what we recommend and what the CDC recommends,” he said.

He later noted, “We don’t have a perfect sense of how transmission is going to change once the schools are back for in-person learning. The one thing we do know is the contact rate is going to go up.”

Masking is one of several strategies schools can use, “and should be using,” to mitigate that increase in the contact rate, he noted.

What that increased contact rate will result in in terms of cases, hospitalizations and fatalities is unknown, he pointed out, clarifying that SJBPH will investigate issuing an order — the next step up from an advisory — if it becomes necessary.

He pointed out that Tuesday showed the most new cases in a single day since the winter surge across SJBPH’s jurisdiction despite schools not yet being in session.

Devine indicated that certain schools across the state will have serial testing programs to help keep COVID out of schools, and community testing sites will continue to operate to allow for rapid testing for those in schools that are not participating in the serial testing.

Quarantines in schools, he indicated, will be determined more through algorithms than a definition of a close contact and will take into account several factors such as ventilation, distancing and masking.

Devine explained that, on average, it takes fewer viral particles to become a case with the Delta variant than with other variants.

Archuleta County’s COVID-19 case incidence rate remains above the state’s, but below the nation’s.

The agency showed Archuleta County was at 9 percent positivity Wednesday, up from 8 percent the previous Wednesday.

SJBPH reports that Archuleta County has had three deaths among COVID cases, while the Colorado Department of Public Health and Environment lists Archuleta as having two deaths among cases.

Devine previously noted that the time delays and data audits can account for the different figures.

Over half of the county’s total population (53 percent) had received at least one dose of a vaccine as of Wednesday, with 49 percent of the population having completed a vaccine series.

Of the eligible population (those 12 and older), 60 percent have received at least one dose, while 56 percent have completed a vaccine series.

Devine noted SJBPH is seeing the number of vaccines given per week “slightly rising.”

Two outbreaks continue to be reported for Archuleta County.

The state’s outbreak information is available at: https://covid19.colorado.gov/covid19-outbreak-data.

Hospitalizations
on the rise

He explained that there was a period there were a lot of new cases on the West Slope, but hospitalizations overall were not going up because things “were good” on the Front Range.

“Hospitalizations are growing, and that’s really concerning, obviously,” he said. “Hospital capacity is what everyone’s most concerned about at the state level.”

He added that the situation is “quite grave” in a lot of states and is a national situation.

He added later that area hospitalizations have been pretty steady, though it fluctuates day to day.

In addition to local providers continuing to offer vaccines, multiple vaccine clinics offering both the Pfizer and Johnson and Johnson continue to be scheduled and will offer vaccine incentives while supplies last.

The two-shot Pfizer vaccine is available to those 12 and older, and the one-shot Johnson and Johnson vaccine to those 18 and older.

Minors must have a signed parental consent form, which can be completed online when registering or at the clinic.

For more information on the vaccines, area vaccine providers or area vaccine clinics (including making an appointment or seeing others that have been scheduled), visit: https://sjbpublichealth.org/covid-19-vaccine/.

Testing continues to be available through multiple providers, and SJBPH provides free COVID-19 testing in partnership with COVIDCheck Colorado from 10 a.m. to 1 p.m. on Monday, Wednesday, Friday and Saturday behind the Pagosa Springs Medical Center building at 95 S. Pagosa Blvd.

For more information on COVID-19 testing and more, visit: https://sjbpublichealth.org. 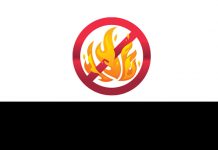 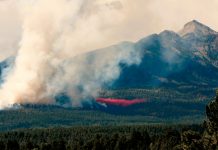 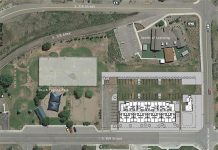 Two appointed to school board