Joe was born in Chromo, Colo., to George and Iola (Crowley) Shahan on Aug. 31, 1938. He attended the one-room schoolhouse in Chromo until he moved into the high school in Pagosa Springs, where he graduated in 1956. He attended Fort Lewis College in Durango, Colo., for one year and then attended Colorado State University in Fort Collins, Colo., for one year. He then served two years in the U.S. Army at Ft. Carson, Colo., Jan. 4, 1962, to Dec. 5, 1963, where he was in the Heavy Weapons Infantry. He was honorably discharged with the rank of FP4 (E4) and served in the Active Reserves after discharge. On March 9, 1967, Joe married Aggie M. Crowder in Miami, Okla. They made their home on the Bigbee Ranch in Chromo, Colo., where they lived for several years until Joe went to work managing the Hershey Ranch in Pagosa Springs, Colo., for Jake and Terry Hershey. Joe worked the winter months helping to build the tunnel from Chromo to Chama, N.M., while he worked on the Bigbee Ranch. Joe was very active in 4-H growing up and later as his children were involved. He also was involved with the Red Ryder Roundup Association and the American Quarter Horse Association. Joe grew up rodeoing with his brothers and cousins. Summers were spent going around the area competing in roping and team roping. It was always a family affair and he enjoyed it very much. Joe was known for his dry sense of humor and was always easy to make friends, and he loved keeping in contact with those friends, they were just a phone call away, up until the time he passed. He was always willing to help those in need and was there whenever asked. He left quite a legacy.

There will be a graveside memorial service at the family plot at Hilltop Cemetery, Pagosa Springs, Colo., on July 27 at 1 p.m.

Cremation was performed by Stumpff Funeral Home in Bartlesville, Okla. 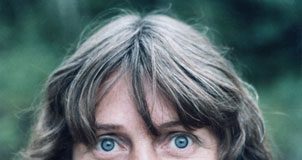