The Pagosa Springs High School Pirate baseball team chalked up 18 runs in two days at the San Juan Slugfest, but, unfortunately, racked up only one win at the tournament.

The team, however, added a 12-0 win to the books Tuesday afternoon in Sanford, bringing its record on the season to 3-5.

The team started the week’s play in Monticello and Blanding, Utah, at the San Juan Slugfest.

The Pirates’ first game of the tournament was a 9 a.m. affair against the Monticello Buckaroos, whom the Pirates had previously defeated 15-4 at the Cortez Tournament, in Monticello.

The Pirates were successful against the Buckaroos, chalking up two home runs in a 12-3 win.

“We wanted to win that first game so we stayed in the winner’s bracket,” coach Jim Fait said.

Pagosa took an early lead in the contest, scoring three in the first inning. 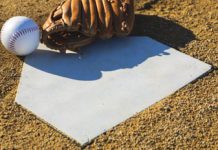