Sunday Night Unplugged will feature the sonorous tones of the cello banjo along with the Indian sitar and Turkish saz played by local artist Paul Roberts this Sunday evening at 5 p.m. at St. Patrick’s Episcopal Church.

The evening will include not only beautiful music and meditation opportunities, but also an introduction to the church’s outdoor labyrinth by Dr. Pam Kircher. Following the service, participants will be invited to walk the labyrinth as an extension of their meditation.

This month’s artist, Paul Roberts, is well-known locally for his unique talent in the art of performing on ancient stringed instruments. He has contributed to the awareness of the therapeutic effects of music through his work as a music therapist in psychiatric treatment facilities and through his performances in a wide variety of public venues.

Paul’s quest for musical knowledge and discovery has not ebbed over the years. The cello banjo recently became available during the last decade, after almost a century of near-extinction.

“It was quite a revelation for me when the cello banjo popped out of nowhere into my life,” says Roberts. “The cello banjo has a very expressive, low-pitched tone that bears no resemblance to the sound of a bluegrass banjo.”

He will be playing three new original compositions for the cello banjo entitled “Letting Go,” “Acceptance” and “Enjoy the Ride.”

The artist also has a long and unique background in his knowledge of Eastern stringed instruments. Beginning his study of sitar in 1967, he traveled to India in 1970 to study with a leading sitarist, Ustad Rais Khan, whose lineage goes back to the court musicians of the Mughal Emperors.

“We are fortunate to have among us in our community a man so knowledgeable and accomplished in playing these beautiful instruments,” says Fr. Doug Neel, rector of St. Patrick’s. “It is always a treat to hear Paul play. His spiritual approach to his music is the perfect complement to this service of music and meditation.”

Sunday Night Unplugged is a monthly music and meditational offering by St. Patrick’s Episcopal Church. It is open to the public and to people of all faiths. 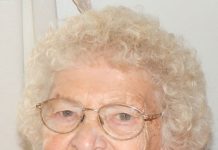 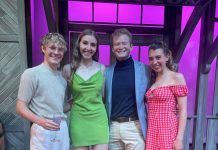 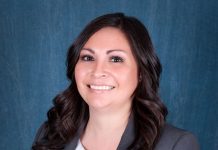 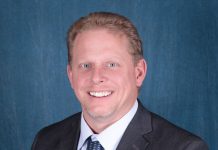 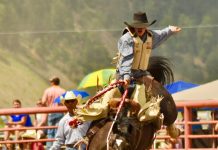