Shawn Wester, 35, was contacted by sheriff’s deputies and Colorado State Patrol troopers at a camper trailer in a storage area at Homestead Trails Subdivision in Bayfield.

He was in possession of a handgun. Identification numbers had been removed from the revolver.

Wester was arrested for possession of a defaced firearm; possession of a weapon by a previous offender; first-degree criminal trespass. He was being held on a $5,000 bond Monday at La Plata County Detention Center in Durango.

Wester is considered a suspect in a Colorado State Patrol (CSP) case in which a driver of a SUV eluded CSP  troopers on Thursday night, Jan. 2 on  U.S. Forest Service Road 620 in Archuleta County. During that incident, a small trailer being towed by the SUV was detached and set ablaze in the middle of the road. The trailer held containers of ammunition and other items.

The following day, Friday, Jan. 3, the SUV was found burned over a mile away from the trailer. During a Friday ground and air search by area law enforcement officers from four agencies,  28-year-old Vernon Mott, of Alamosa, was taken into custody. Mott was suffering from frostbite and hypothermia. He was released Saturday after receiving medical treatment and being interviewed by CSP.

Neither Wester nor Mott have been charged by CSP, which is continuing their investigation into last week’s incident.

For more information, see Thursday’s issue of The SUN. 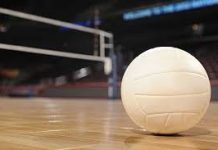